The Verdura Resort – Rocco Forte Hotel was held in Sicily, in one of the most suggestive and glamorous locations on the island, the event we organized for the launch of the new Chiara Ferragni Brand eyewear collection, created in collaboration with Safilo Group.The guests of the event, about eighty including customers, journalists and influencers, were welcomed in a garden of palm trees entirely illuminated in pink, where, warmed by the warm light of the sunset, they were able to pose with the talent from millions of followers for a souvenir photo, in front of a glamorous and super pop backdrop in plexiglass, customized especially for the occasion.#CFSUNSETPARTY then continued with a super cool dinner at one of the most glamorous restaurants of the Resort, where our customized arrangements created the much desired wow effect. Wooden tables and chairs, bamboo cutlery, flowers in shades of pink and blue, hundreds of candles and a breathtaking lighting set-up further embellished the already rich dinner, giving it a sophisticated yet informal effect. At the end of the evening, an enthralling and fun DJ set made the guests go wild on the dance floor, also set up inside the restaurant, where, before the final greetings, they were able to taste delicious Sicilian cannoli prepared on the spot and decorated in full #CFSUNSETPARTY style . 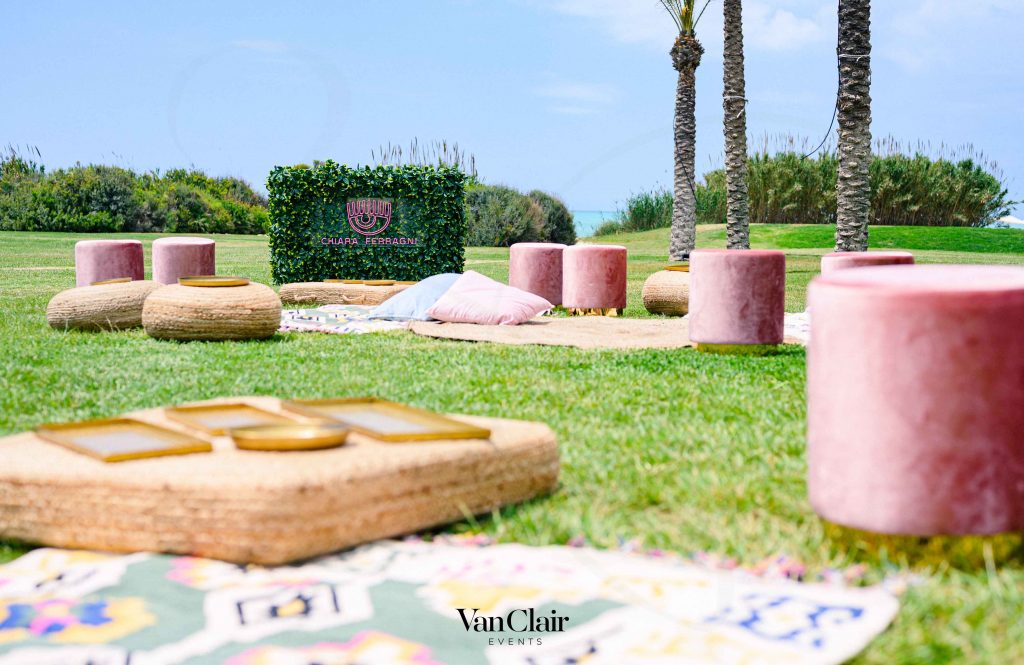 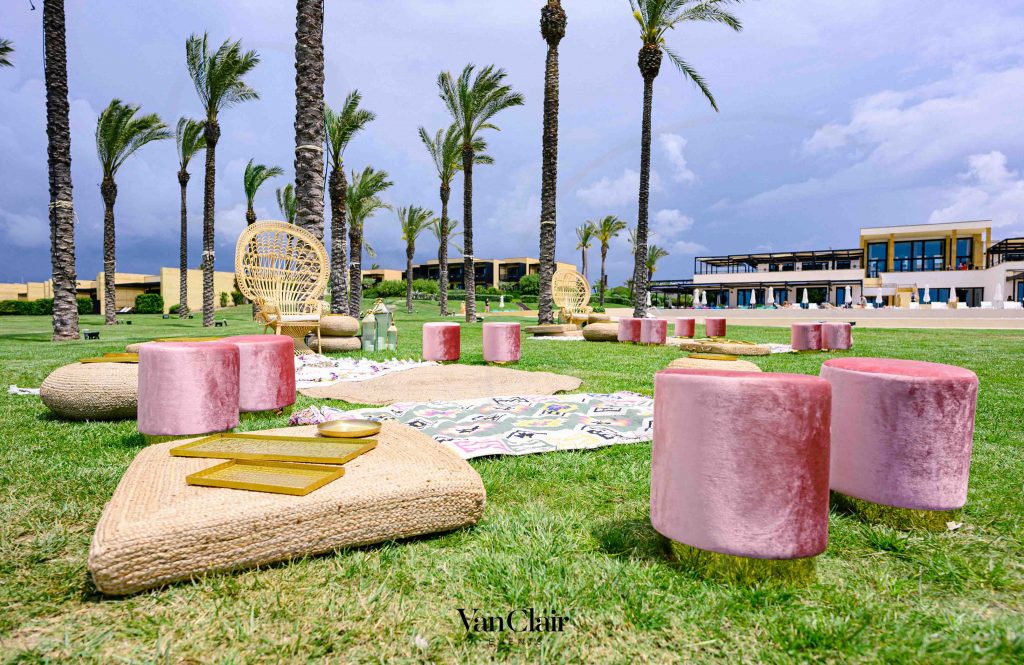 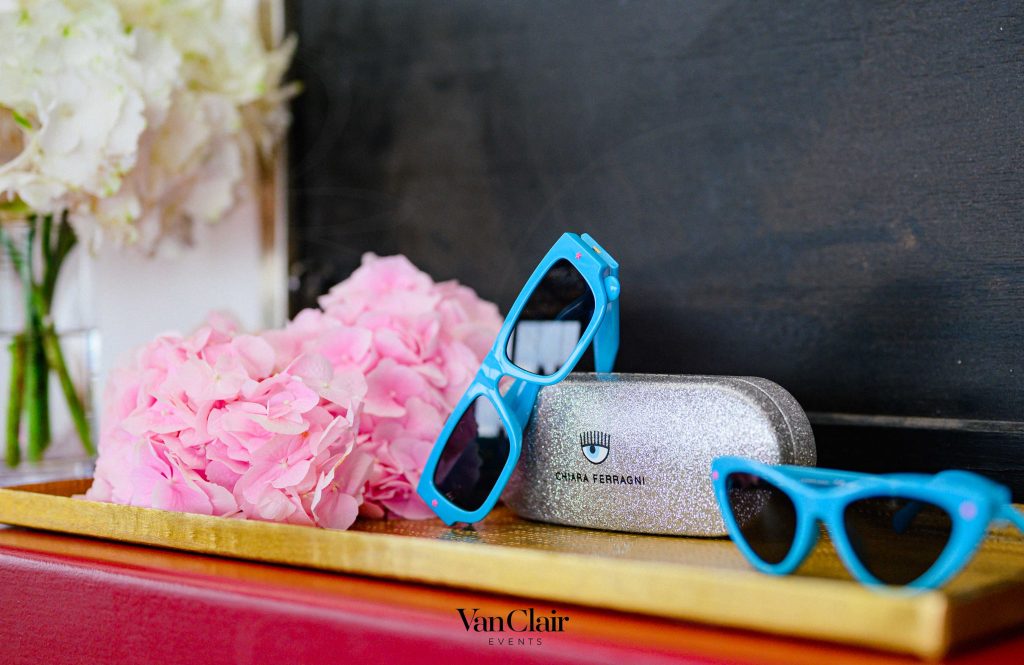 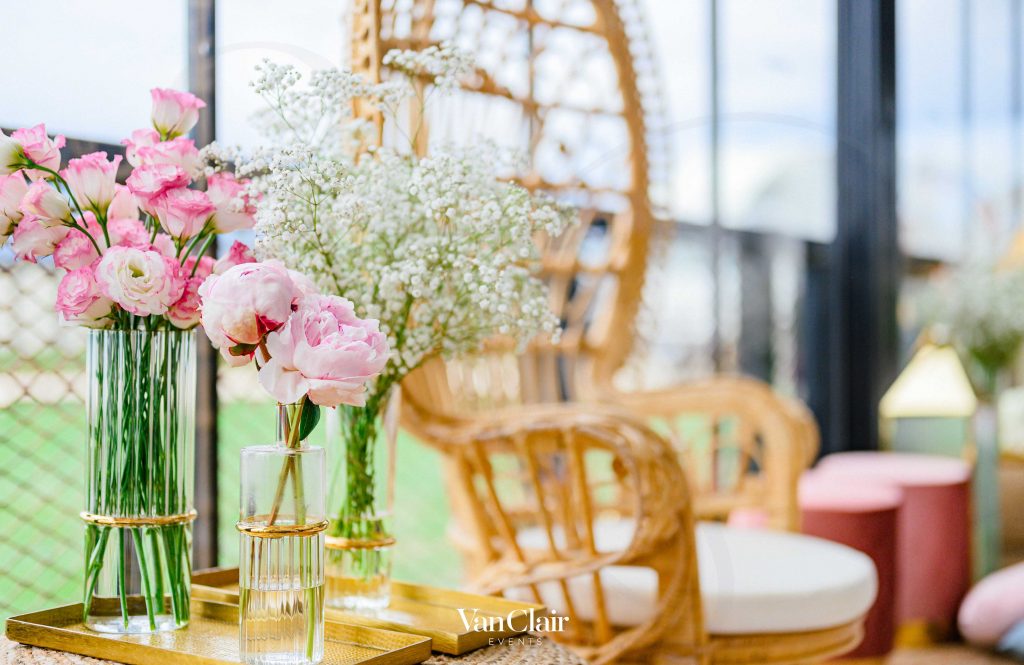 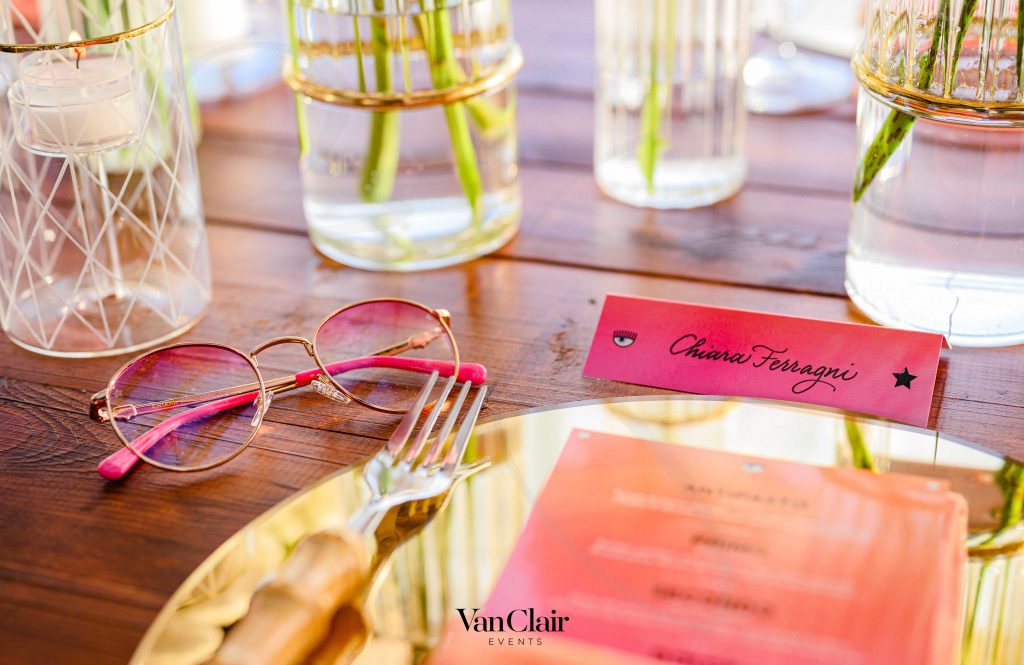 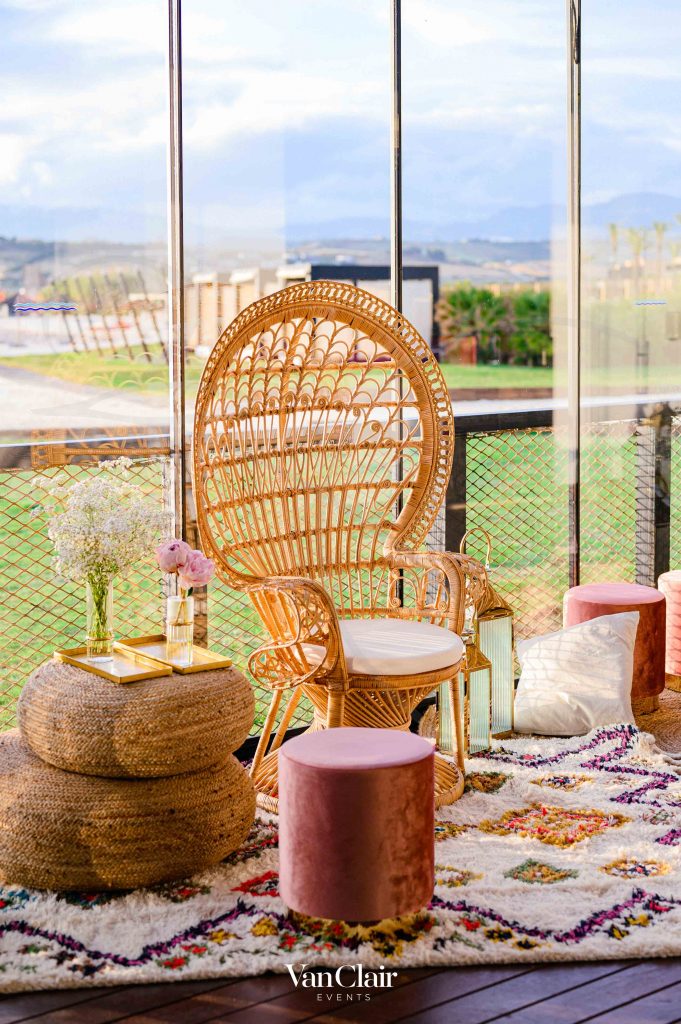 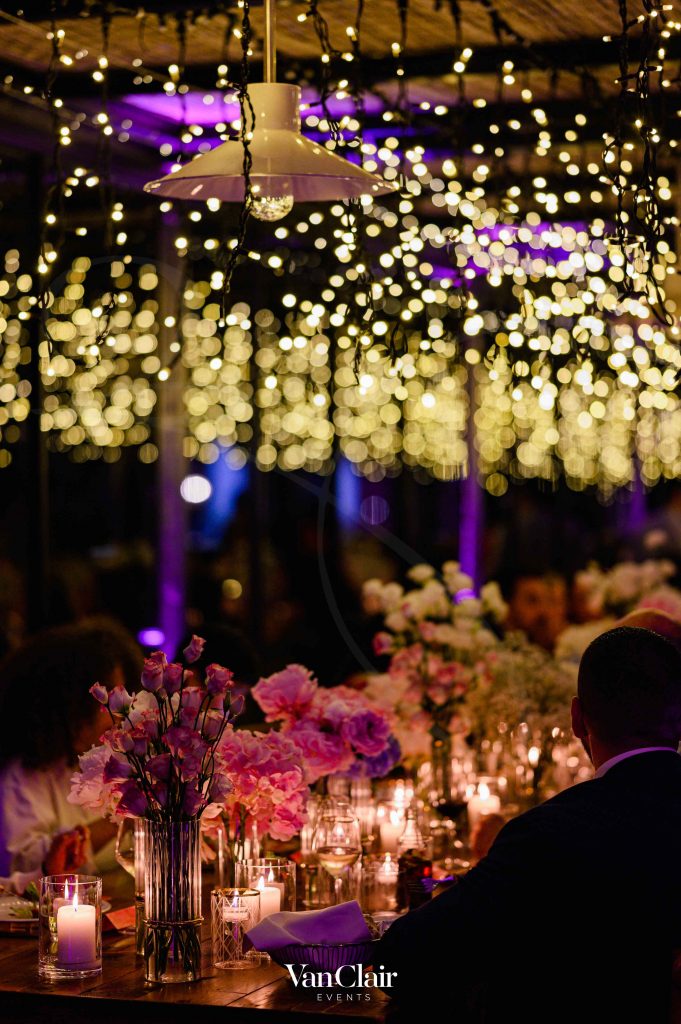 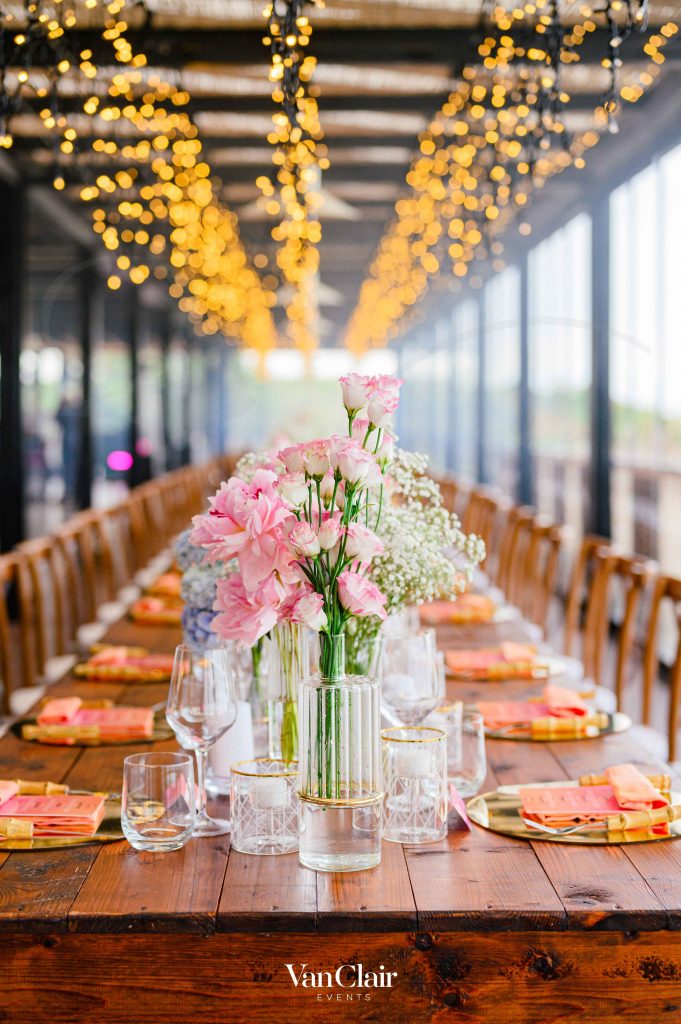 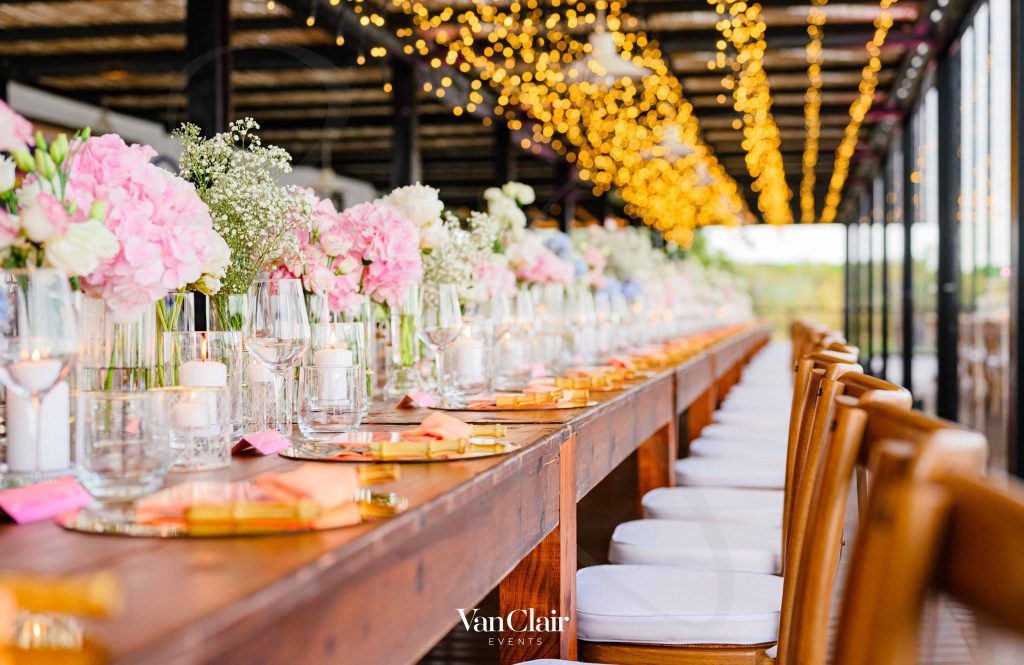 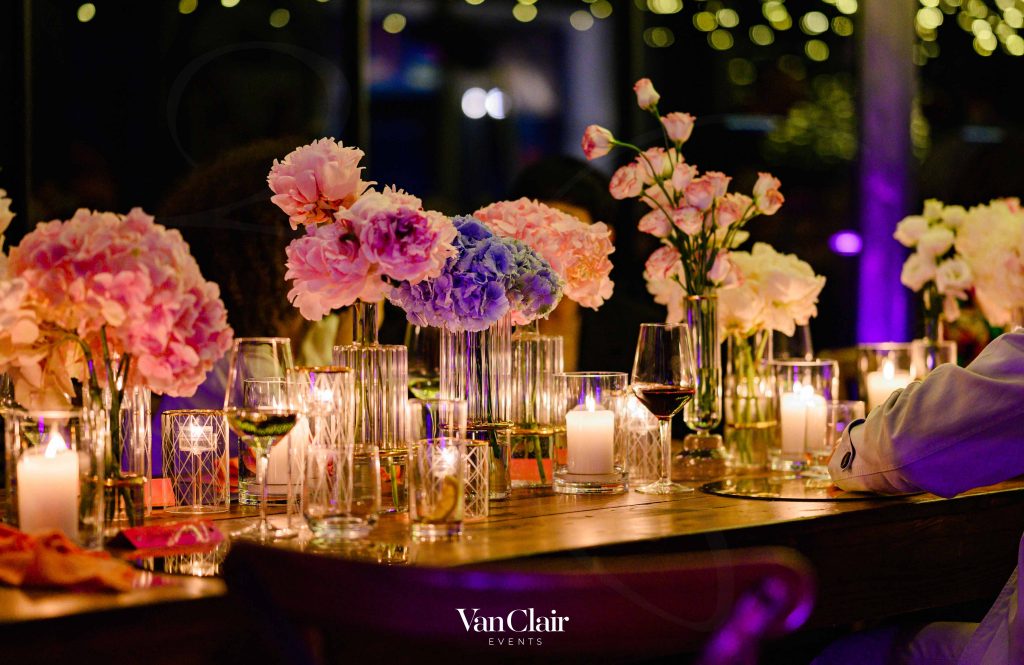 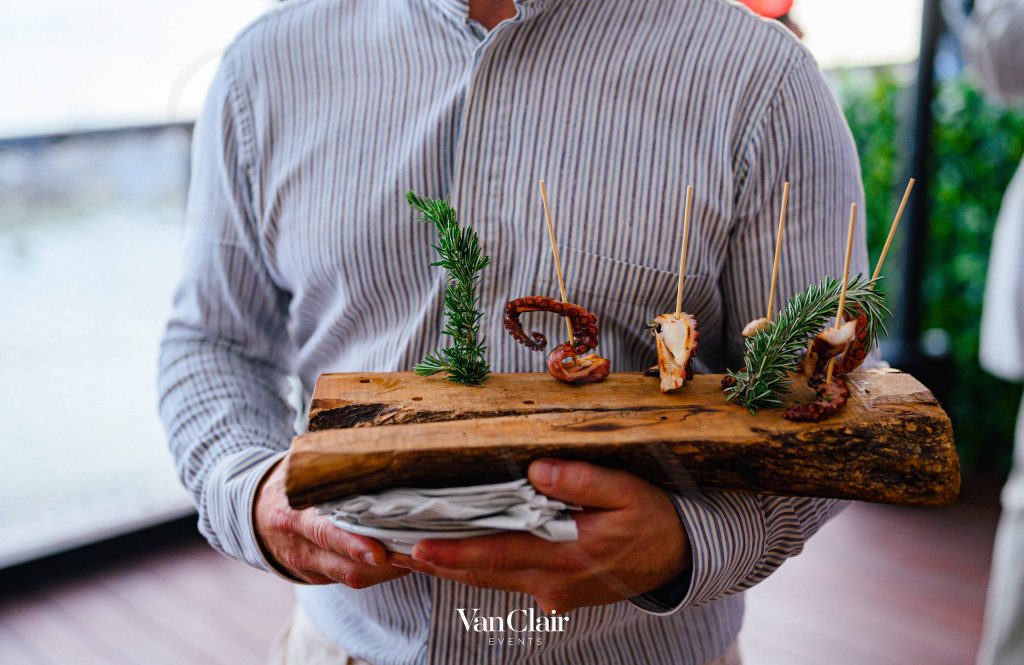 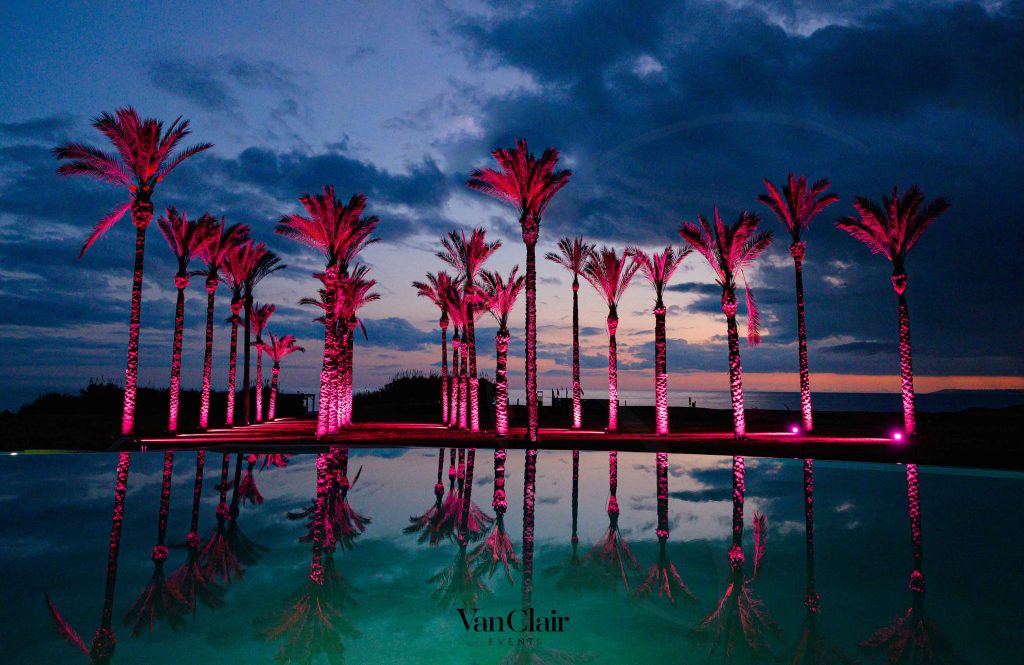